Influencer Marketing has been a hot topic for a few years now. Meanwhile, some speculate that it is overtaking the digital world, it won’t replace content marketing as it the base of online marketing. If you want to have a better understanding of what is IM, this article is perfect for you, starting with the basics.

1. What is Influencer Marketing?

Influencer Marketing could be compared to the Nespresso commercial “What else” starring George Clooney but translated into a modern-day content-driven marketing campaign. In the commercial, the celebrity endorses a brand, which in modern IM would be translated by PewDiePie’s collaboration with GFUEL. Such collaboration brings tens of millions of views to the famous American Brand which converts into sales and brand awareness.

Such evolution into the Influencer Marketing world is a direct consequence of the social media boom that occurred in the past decade. People are slowly shifting from watching tv to spending time on Instagram, Facebook, YouTube, you name it! The Influencers rapidly caught up on the trend and shifted from a 30-second television ad to a single post on an Influencer Instagram page with millions of followers than can be consumed in a few seconds.

What is an influencer? You may ask– The answer is simple. It can be anyone. Me, you, your neighbor or even one of your friends. An influencer is recognizable as they have thousands (or millions) of followers on one of their social platforms. Often, they specialize in a specific industry such as fashion, gaming and so on, somewhere they have their own voice and their opinions are listened to. 2. How should you look at influencer marketing?

There are a few criteria that you will need to look into to have the best return on investment. It is important to mention IM (Influencer Marketing) should be one part of your marketing budget and not all of it. Additionally, it is important to have a clear strategy that is elaborated through researches. Do not choose any influencers until you’ve considered those key points:

What is his following interested in? – A makeup influencer’s audience is most likely not the prime audience to market hunting rifles too. However, if you are looking into promoting your makeup, look deep into what type of make-up does this influencer mostly use and so on. Have they ever negatively spoke about your product or type of product before? Focus on influencers that promote products from the same industry or even sub-industry as you. What is the average age of his/her followers? – It may seem like a silly question but promoting a computer brand with Jake Paul that has a very young following isn’t a good option. Meanwhile, PewDiePie with his audience that is in the early 20s is more fitted to such collaboration as they have a higher purchasing power. Always think about the age of the followers of an influencer before promoting any of your products as they may not be your targeted audience.

What is the influencer’s engagement rate? – By far, this has to be the most important question that you must always ask yourself. Some influencers’ followers aren’t as active as others, and that’s where the effectiveness of your IM will change. Instead of going for the influencer with 1,500,000 followers and low engagement rate, look toward some other influencers that may only have half of that but three times as many likes and comments! And guess what! The prices might be three times cheaper as well. Another important point on the engagement rate of an influencer is that, the higher it is, the more trusted the influencer is by his/her following. This means that his audience will most likely trust the influencer’s point of view on your brand and they will be more willing to become your customers!

What you should always remember

Investing in Influencer Marketing is very simple and quite rewarding as it brings brand awareness and revenue. One important take away is to always keep in mind the “Rule of the Three” which is based around the audience’s interest, average age, and engagement! By subscribing you agree to receive e-mails from Evana Designs about products, events and promotions.

The Lastest From Our Blog 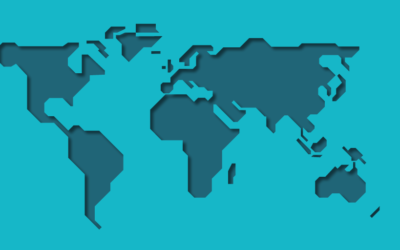 COVID-19 has taken the world hostage. Learn how coronavirus may affect your business and what you should be preparated for.

END_OF_DOCUMENT_TOKEN_TO_BE_REPLACED

If you’re advertising on google you need to know the difference between match types. A good guide for getting started in the world of Google Ads.

END_OF_DOCUMENT_TOKEN_TO_BE_REPLACED 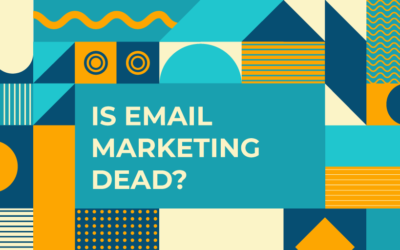 What is email marketing and is it still an effective form of marketing in 2020? We’ll be answering these questions in this post.

Talk to us about your project

We create beautiful web solutions in-house out of our offices in Bath (UK) and Barcelona (Spain).